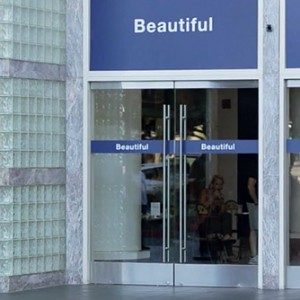 More than ever, consumers want to know what companies are doing to make the world a better place. In fact ninety-three percent of consumers are concerned with this very issue. In 2015 alone, cause sponsorship is estimated to reach $1.92 Billion, an increase of 3.7% compared to 2014, and consistently increasing numbers indicate that cause marketing is here to stay for good (pun intended).

A recent example of a successful cause campaign is Dove, who earlier this month dropped their newest video in which women “Choose Beautiful”. The video, on April 7th, received extremely positive press coverage as social media users and news outlets took to Facebook and Twitter in support of the campaign.

While it’s true that Millennials typically don’t engage in brand loyalty like their Baby Boomer parents, supporting a worthy cause or purpose is something all the generations have in common. Eighty percent of millennials are more inclined to support causes offline after first “liking” or “following” an organization online, followed by the older generations who are reported at 64%. Furthermore, 76% are more likely to tell a friend about the partnering cause, proving that while a great product might win over your head or wallet, the right cause can win over a consumer’s heart.

In Dove’s case, the cause encouraged women to empower themselves by choosing to be beautiful. The recent “Choose Beautiful” campaign, along with Dove’s other “Real Beauty” campaigns, has transformed Dove’s brand into something more than personal care products. It is mainly the cause that differentiates Dove from their competitors who occupy the space of beauty products that perpetuate seemingly unattainable beauty standards.

By choosing the right cause that resonates with your target demographic, your product can have the upper hand in a vastly competitive market and consumers will recognize the effort. Cause-marketing can greatly increase sales, visibility, and media coverage resulting in an enhanced company image and increased customer loyalty.

Check out the “Choose Beautiful” Campaign by Dove.